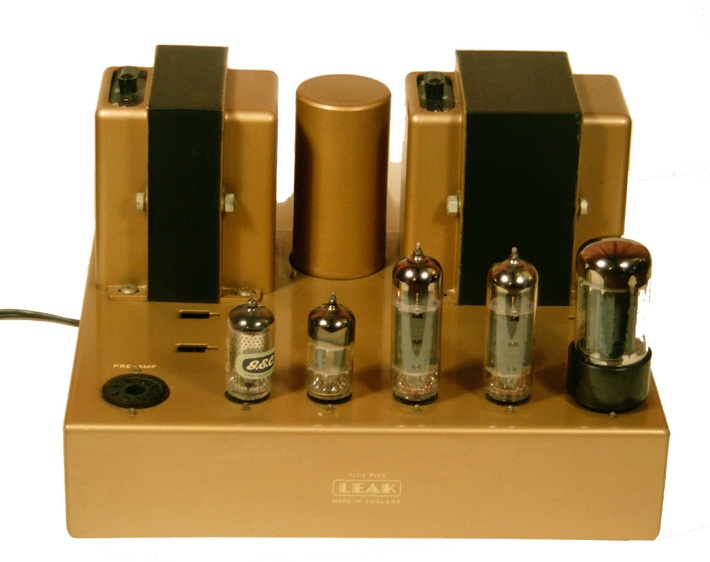 One of the most evocative names in British hi-fi, this now long-lost company was started by Harold Joseph Leak in London, 1934, later to be sold to the Rank Organisation in January 1969, when it’s fair to say its fortunes faltered. Between these two dates, and especially in the nineteen fifties and sixties, the brand was synonymous for excellent amplifiers, radio tuners and loudspeakers. It also did a decent turntable and pickup arm, although these were less revered.

Leak achieved early success with Public Address amplifiers; they weren’t technologically special, but showed characteristic thoroughness as far as the build quality and finish was concerned. After World War II, the first Point One amplifier was released, so called due to its 0.1% quoted total harmonic distortion at full rated output – an excellent figure back in the day. Three years later in 1948, the TL/12 arrived, based on the Point One but substantially more affordable.

The embryonic domestic hi-fi market loved it. Sporting a claimed 12 watts, it used a a pair of Mullard KT66 tubes working in push-pull, in a relatively unstressed state. Like the Stereo 20 that arrived soon after – it has an octal input socket that also carries power out to an accompanying Leak preamplifier. But this isn’t recommended on sonic grounds; whilst the power amp is capable of very good things, the preamp isn’t. I’d recommend an MF Audio Passive Pre, or even a DIY passive preamp with a good quality ALPS pot.

The TL12 showcases the KT66 kinkless tetrode – one of the finest power valves ever made, with a lovely, smooth, open and musical sound. It’s very much an ‘old school’ sort of performance, although still a bit more peppy and punchy than a Quad II, for example. The Leak pulls you into the music and really captures its spirit; at the same time it’s wonderfully creamy (thanks in no small part for its valve-rectified power supply) yet surprisingly detailed for such an old device. It sounds nothing like a modern valve amplifier – for better and for worse!

These days, any TL/12 purchase may necessitate some rebuilding work; the quality of the amplifier was superb but some passive components will be way past their best by now, such as the oil-impregnated paper dielectric coupling capacitors. The sturdy steel chassis is beautifully stove-enamelled gold or bronze, internal wiring is excellent and the circuitboard layout exemplary. Used prices depend on how much the amp has been tampered with, and/or damaged; rebuilt ones are often not a patch on the original. Price reflects what has been done then, and indeed how well it has been done – look at between £150 and £500 depending on condition.