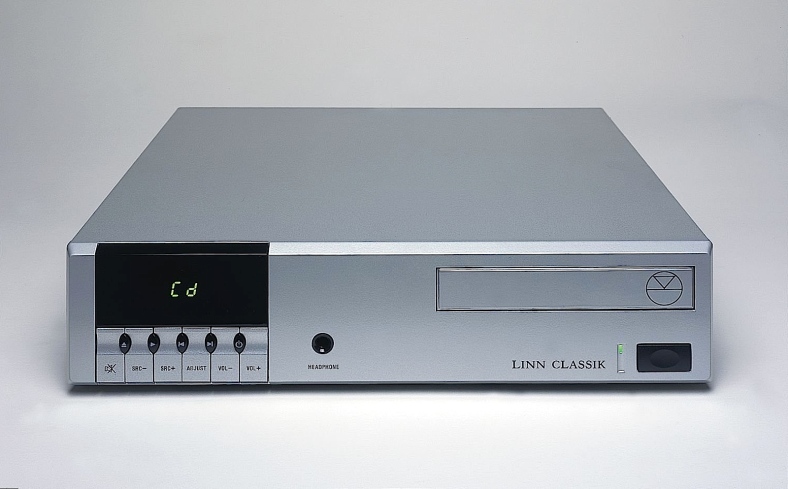 Combining CD player, amplifier and tuner in one, midi-sized box for £995 back in 2002, the Classik fell between the two traditional stalls of audio and hi-fi. This is where its problems began, because people into ‘lifestyle’ systems were unlikely to have heard of Linn and even less likely to end up at one of the company’s retail outlets. Conversely, audio purists on first name terms with their local hi-fi dealers may have viewed the Classik as a downmarket, ‘entry-level’ product. In fact, the reality was somewhere between the two – it was a cleverly judged plug’n’play package with everything a new millennial music lover could have wished for…

Inside its beautifully finished metal casing (vital statistics 6kg, 80x320x325mm) lurked a CD player with a quality transport and Delta Sigma DAC, and a 75W amplifier with aux, tape 1 and tape 2 inputs, plus tape, preamp and headphone outputs. An AM/FM tuner was included, with eighty user-definable presets and a digital signal strength meter. Twin sets of speaker terminals were found round the back for biwiring.

Still, the wee Linn wasn’t actually that easy to use, thanks to fiddly controls and a cluttered, plasticky remote. The latter offered everything from treble, bass and balance controls to independently switched listen and record selectors, which made it a bit of an ergonomic dog’s breakfast. There was a digital clock with timer and sleep functions, which also controlled a switched AC outlet on the back panel. This, Linn pointed out at the time, meant your Classik could wake you to music in the mornings and brew up your coffee too! For the price it was well screwed together, with nice touches like muting when switching between sources and automatic source selection. Indeed it was awash with sensible, useful, real world facilities for music listeners.

It sounded superb, better indeed than any combination of £330 CD player, amp and tuner separates I’d heard at the time. Highly refined and sophisticated for the money, there wasn’t a ragged edge to be found. You got a finely etched midband with loads of detail; strings were smooth and refined, voices powerful and immediate. Drums – especially snares and rim shots – machine-gunned out with a verve that most equivalently priced separates system couldn’t match. It thrives on the high octane rock, making a direct line for the music’s rhythms and dynamics and the result is pure fireworks with a heightened sense of drama and occasion. There’s also no suggestion of running out of power until very high levels.

The beauty of Linn’s first Classik – size and styling aside – was the fact that you could pull it out of the box, plug it in and get excellent hi-fi sound with the minimum of fuss. In next to no space and time, you suddenly had a serious hi-fi system at your disposal ready to play music. Classik by name, classic by nature!