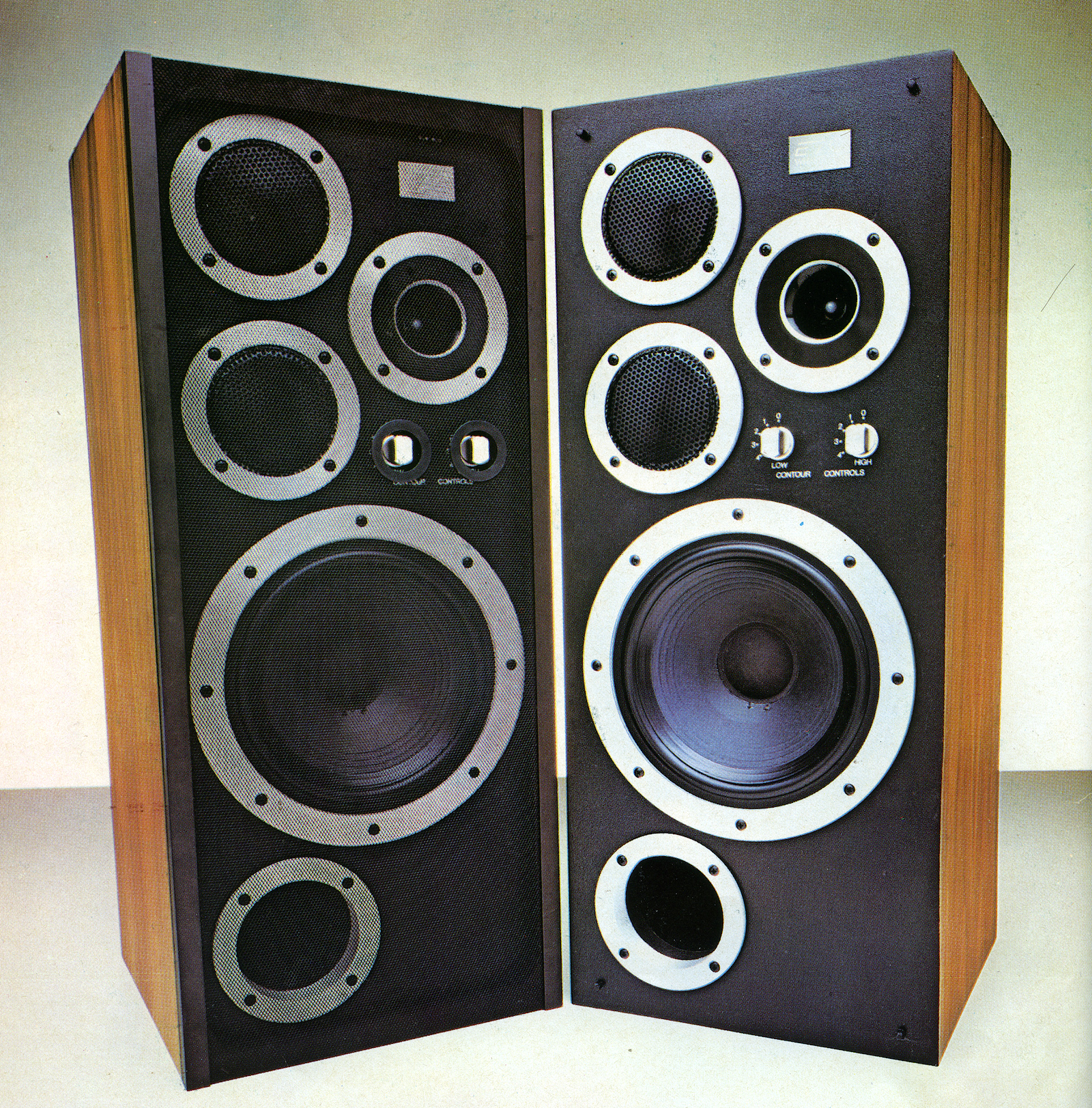 There were never that many great nineteen seventies loudspeakers. Possibly because the wisdom of the time was that big, muscular transistor power amps were the way ahead, speakers became increasingly complex and power-hungry. Multi-driver designs using heavy polypropylene and Bextrene cones meant slow transients, phase problems and hopelessly complicated crossovers that degraded the sound…

British companies were perhaps the worst offenders, turning out speakers with such heavy, reactive loads and low sensitivity that only a brace of Naim NAP250s could get a squeak from them. Everything from Linn’s Isobarik to the BBC LS3/5a ate power amps for dinner – hardly a synergistic approach!

So when Wharfedale launched their E series in 1977, many audiophiles thought they’d flipped their lid. The flagship E70 (81cm high, the ‘E’ standing for ‘efficiency’ and 70 being its internal cabinet volume in litres) had an outrageously high 94dB sensitivity and a benign typical impedance of 10 ohms, meaning even a portable radio could drive it. This was all too much for the sniffy BBC brigade, which pointed to its lumpy frequency response (60Hz-16kHz +- 4.5dB), bass reflex design and paper-coned drivers (shock, horror), as a sign of poor breeding.

To make matters worse, the Es had Wharfedale’s corporate garish driver trim rings and ‘cor-blimey’ Ford Capri fishnet grilles, laying them open to accusations of being cheap and flashy. In short, they were a bit of a joke amongst the great and good of loudspeakers, making it hard to take their admirable design philosophy seriously. A pity, because underneath the brash exterior lurked an interesting speaker which was nothing like its British contemporaries. Indeed if anything it owed more to JBL and Klipsch, two other brands that little-Englander audiophiles secretly sniggered at.

In action, the E70 was disarmingly fast and loud with real confidence and boldness. On classical and jazz it wasn’t much cop, but give it rock, soul or (best of all) disco, and it was boogie wonderland! It caught the energy and speed of the music in a way that BBC-style speakers could never do. Drums had great attack and weight, basslines were fast and bouncy, while vocals projected boldly out into the room and cymbals hit you between the eyes. Chic’s Le Freak would never sound the same again!

The downside was the bass, of which there wasn’t much. All that cabinet volume and the big 250mm woofer were for efficiency rather than accuracy, so things were distinctly light and lumpy downstairs. Nor were the twin 100mm midrange units the sweetest around, meaning that along with the horn-loaded soft dome tweeter, things could get a little tiring. But worst of all was the E70’s stereo imaging, which thanks to its higgledy-piggledy driver arrangement and wide front baffle was as far from a ‘point source’ as you could get.

Still, all this pales into insignificance when you consider the E70’s special talent, which is working with valve amps. Give it a good tube power source and it’s almost magic – its amp-friendly load and the inherent smoothness of valves makes for a marriage made in hi-fi heaven. In the wrong system with a forward solid-state amplifier though, you’ll be putting your pair on eBay as a matter of priority; that hard upper midband will remain etched on your cranium forever more!

Nowadays mint pairs of E70s go for £300 (but pay under half that for old nails), while their smaller but equally worthy E50 brothers cost £200. In 1979 the monster E90 appeared, the reinforced PRO version of which ended up as a PA speaker in many schools and cinemas. The subsequent E30 and E20 were also reasonable enough but lacked the E70’s star quality – pay £350, £100 and £70 respectively for mint examples.