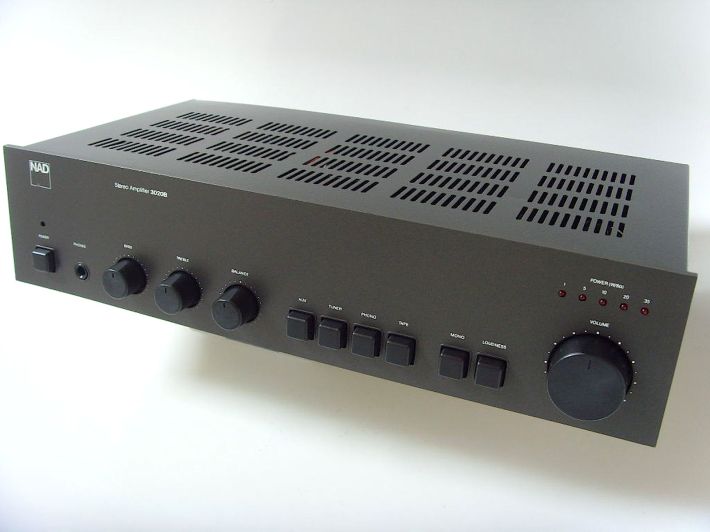 Buying a decent budget amplifier back in the late nineteen seventies wasn’t easy. The market was swamped by brushed aluminium-fronted Japanese designs, plastered with tone controls and power meters for showroom appeal. Little had any real attention paid to sound quality; most sounded at best bland and inoffensive, and at worst downright painful.

Sensing the need for something different, a fairly young company called New Acoustic Dimension launched its 3020 integrated. It was a lightly reworked, cost-cut version of the respected NAD 3030. An unfashionably compact design, it put out a modest 20W per side and had none of the bells and whistles of its Japanese rivals. Worse still, its plasticky front panel was finished in dour dark grey – hardly the height of fashion in summer 1979. Made in Taiwan, it didn’t feel as silky to use or look as elegant as its Nipponese rivals, but did have one thing in its favour though – it sold for a mere £59.95.

So unprepossessing was the 3020 that it could easily have disappeared, never to be seen again – but to those who heard it, it was obviously special thanks to the fine circuit design with extremely generous power supply. Rather than being festooned with fripperies like rival Japanese amps, it had a plethora of really useful facilities which made it an excellent real-world design. For example, round the back on its novel rear panel you found preamp outputs and power amp inputs; one of which was subsonically and infrasonically filtered (Normal In) and the other (Lab In) being direct. There was also a switch for NAD’s novel Soft Clipping circuitry, an innovation which let the amp run at full power without endangering its loudspeakers – something confirmed by its single fascia-mounted LED power meter which could see the ’35W’ segment almost permanently lit!

On audition the 3020 was quite unlike anything near the price. One of those epochal products that seemingly comes along from nowhere and shakes down the market, it sounded like a high power, high quality, high priced integrated. No mean feat for any amplifier, but for less than sixty quid it was nigh on unbelievable. Although undeniably coloured – with a fat, sumptuous bass, a warm bloom across the midband and an artificially silky treble – it was surprisingly dynamic and punchy. This meant that given a cheap turntable and middling budget speakers to work with, its musicality and warmth could shine through, yet it seemed to hide the front end’s limitations. Used with a top quality source it did the opposite, and made the most of the turntable’s power and detail.

The NAD’s big-hearted sound was thanks in part to its excellent real world speaker driving ability, which totally belied its modest 20W (into 8 ohms) rated power. Its beefy power supply could really pump current when needed – a fact borne out by measurements which showed it quadrupling its output power into 2 ohms. Tales of it out-punching various Japanese 100W super amps abounded, and some reviewers even tried it with nightmare loads like Linn Isobariks with some success!

For several years it swept the board, stealing sales from all over the place and picking up every award in the business. Despite several price rises and the arrival of some talented competitors, customers stayed keen. Then came the ‘A’ version featuring a switchable MM/MC facility. Although done on the cheap, the NAD’s phono stage was such that it sounded surprisingly good even with serious moving coils. Finally the £129.95 3020B arrived in 1985 with a speaker impedance selector and improved binding posts. Also introduced was the cheaper 3120, a 3020B minus tone controls and power meter. Curiously for a ‘minimalist’ amplifier, it retained the loudness button – reputedly an oversight at the factory!

After the arrival of the bigger £149.95 3130 in 1985 – billed as the 3020’s true successor – things were never the same. The subsequent £119.95 3020i was a cheaper and shoddier affair that lacked the warmth and punch of previous models. Of all 3020 derivatives, the very earliest ones are reputed to sound best, but whether this is just hi-fi folklore is anyone’s guess.

Why buy a second-hand NAD 3020 now? As well as still being extremely affordable and in plentiful supply, they’re very long lived and that famous flexibility hasn’t lost its appeal. The split pre-power facility is a godsend for tweakers and bi-ampers, and even means you can just use the amp purely as a (surprisingly capable) phono stage. For audiophiles with under £150 to spend, there are few better classic budget amplifier buys.