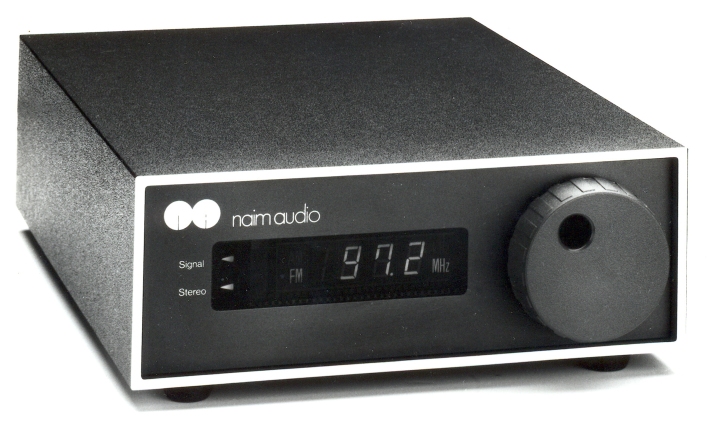 If you’re ever unclear about Naim Audio’s philosophy, then look no further than this. Within the small (86x206x300mm) case of the NAT 01 are the purest fragments of the company’s DNA. Purposed for the highest fidelity reproduction of FM radio broadcasts, it is devoid of fripperies, stripped down to the bone in terms of functionality and audacious in its minimalism. In my view, this is one of hi-fi’s great tuners and there has never been anything else quite like it since.

Unsurprisingly perhaps, it would have not happened ten years earlier or later. Conceived by Naim Audio’s founder Julian Vereker, the project began in 1981 – a time when BBC Radio 3 live broadcasts were of the highest quality and all-analogue. The project that what was initially called NAT 301 was handed to Naim designer Guy Lamotte (who also worked on Naim’s ARO tonearm and never-released FL1 electrostatic loudspeakers), where it was developed for several years until it appeared in 1984 as the NAT 01.

The NAT 01 was said to be a 301 minus the MW and LW band tuning, plus a separate power supply called the PST, improved final output-stage filtering, higher-performance IF and stereo decoder chips, smoother, more gradual mono-to-stereo blend and the use of display brightness to indicate signal strength. It was developed throughout its life and got a new bespoke tuner front end in 1986, courtesy of Lamotte. The vacuum fluorescent tuning display was changed to LED, the tuner’s output level was increased and it had an early PST redesign in around 1987. As with other contemporary Naims, the NAT 01 featured different ‘olive’ casework from the early nineteen nineties. Never cheap, by 2002 when it was discontinued the top Naim tuner cost £1,945 new – over one third more than a Linn Sondek LP12 turntable, for example!

Sonically it is special. It has a wonderfully translucent quality which manages to take it ‘out’ of whatever is being broadcast. There’s no sense of any cloudiness or mush in the midband, rather it sears through off-air radio broadcasts like they’re being made in your listening room. Bass is powerful but not showy, midband clean and delicate and treble airy and extended – in other words it’s not like listening to FM radio as most people know it. Hearing a live concert on BBC Radio 3 is a treat, but even spoken-word broadcasts on Radio 4 are special; there’s a lovely sense of intimacy, and you can hear right into the recording studio. As the programme changes from one studio to another, on a news report for example, you can hear the atmosphere in your room change too – something that you only ever hear on seriously capable radio receivers.

Cleverly though, the NAT 01 isn’t overly forensic. It doesn’t get obsessed with deconstructing things too much, and always keeps you involved in the music. As you might expect, rhythms and dynamics are extremely strong – shockingly so for an FM radio – and the music has a mastertape-like solidity. Tonally, it’s par for the course for a mid nineteen eighties Naim product, which means it’s a little lean and lithe, but you wouldn’t call it hard or aggressive; it’s just that Leak Troughline lovers should go elsewhere. Most impressive for me personally is the inky black silence to all broadcasts; there’s an eerie lack of noise, hiss or mush – providing you give it the decent external aerial which it deserves, of course!

By the standards of today, Naim’s NAT 01 is fiddly to use (no presets or remote control) and inflexible (no AM, DAB or internet radio) – but it is what it is, and succeeds not in spite of but because of this. One of the most focused tuner designs ever to come out of the analogue radio era, if you want nothing more than brilliant FM radio through a brilliant little box, then this is for you. Factor in Naim Audio’s brilliant aftercare – the NAT 01 is fully serviceable at the factory of its birth in Salisbury – and this iconoclastic masterpiece is well worth chasing. As you’d expect, prices are stiff so you’ll pay £1,000 or more for a mint and boxed NAT 01/NA PST secondhand, half that if it’s cosmetically challenged.