By the time of this album’s release at the end of the nineteen seventies, disco music was fast becoming an artistically spent force. Saturday Night Fever was now yesterday’s news, and the genre was becoming the province of cynical pop acts and producers attempting to cash in on the sales it assured. There were exceptions of course – under the guise of Chic (and Sister Sledge), Nile Rodgers and Bernard Edwards produced arrestingly powerful uptempo funk tunes – but they were the exception that proved the rule. Another such example was The Crusaders, but whereas Chic was unashamedly mainstream and practically writing disco hits to order, The Crusaders were a prime example of a long-established soul/funk band using disco as shortcut to commercial success…

Formed in Houston, Texas, as the Swingsters in the nineteen fifties, the band comprised Wilton Felder, Wayne Henderson (trombone), Joe Sample (keyboards) and Nesbert ‘Stix’ Hooper (drums). After forging a reputation as The Jazz Crusaders, they were signed by the Pacific label for whom they recorded a series of melodious albums. In 1970 the quartet became simply The Crusaders. In 1972, their hit, Put It Where You Want It, established them. It was later recorded by the Average White Band, conferring upon them real credibility. Henderson left the group in 1975, and several session musicians including master guitarist Larry Carlton, augmented their subsequent recordings.

Randy Crawford, a hitherto largely unknown soul singer, provided the vocals to the title track of this, their 1979 release. Written by Joe Sample and Will Jennings, it’s an eleven minute epic that showcased both Crawford’s vocals and the band’s musicianship. Although super-tight, Joe Sample’s louche Fender Rhodes work is a brilliant accompaniment to Crawford’s uniquely deep, powerful and breathy vocals. In the best traditions of serious seventies soul bands, there’s a vast array of musicians playing on Street Life. Instruments include saxophones, guitars, trumpets, trombones and basses, not to mention occasional lush string parts. Although brass contributes much to the sound, it’s not in the generic disco mould of the Love Unlimited Orchestra, for example. Rather than overwhelming, it garnishes this deliciously sweet, smooth and beguiling album.

The title track featured Wilton Felder on tenor, soprano and electric bass, Joe Sample on keyboards and Stix Hooper on drums, along with guitarist Barry Finnerty. Although it’s the obvious stand-out single, the whole album is a great listen. My Lady, Rodeo Drive (High Steppin’), Carnival Of The Night, The Hustler and Night Faces are all highly seductive examples of a band whose members know one another inside out, making for a most charming album which gets better the more you play it.

Street Life was the last hurrah for The Crusaders. After the tremendous commercial success of the title track and single release, their subsequent recordings lacked the artistry of this superb album. Undoubtedly, what made the title track was the sublime vocal strains of Randy Crawford, who subsequently went on to achieve great commercial success with her unique treatment a host of standards, such as Rainy Night in Georgia and One Day I’ll Fly Away. Although Hooper left the line-up in 1983 (to be replaced by Leon Ndugu Chancler), Sample and Felder resolutely continued the group, but the magic ingredients had gone. The Good And Bad Times, released in 1986, celebrated the band’s thirtieth anniversary, featuring several special guests including jazz singer Nancy Wilson.

This album has continued to sell well long after the demise of disco. One of its greatest achievements came many years later, when a mildly reheated version of the title track found its way onto Quentin Tarrantino’s Jackie Brown. The song’s plaintive, world-weary feel – tinged with just a touch of naivety and hope – suited the movie perfectly, and sat next to another seventies soul classic, Bobby Womack’s Across 110 Street seamlessly.

Street Life is an exceptional album, boasting brilliant musicianship and a wonderfully cohesive feel. It’s largely instrumental, but needs few lyrics to communicate its glamorous yet seedy ambience. A fleeting but brilliant moment in disco’s pantheon – soon after, synthesisers arrived and things would never sound the same again. 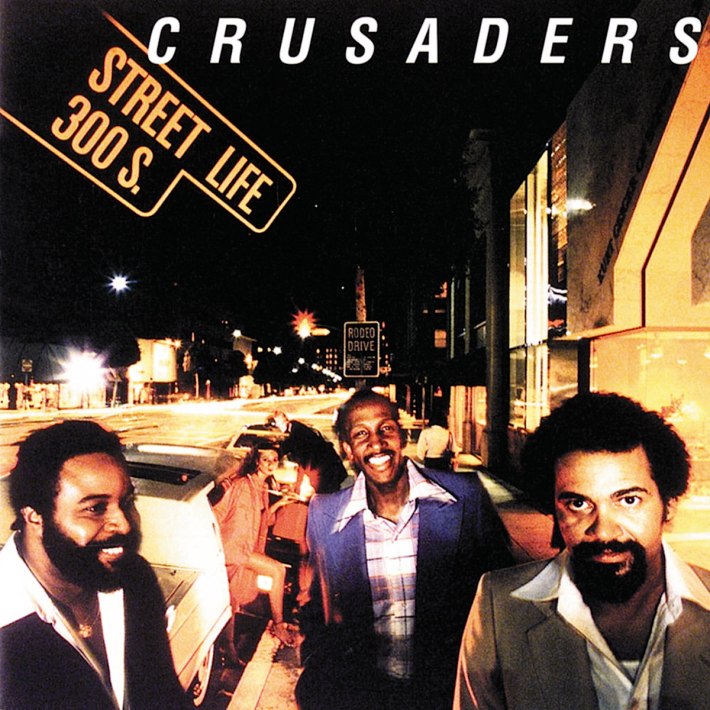