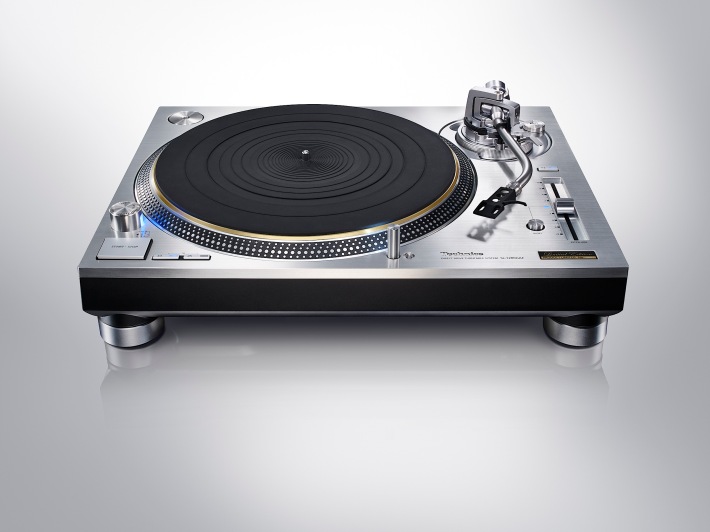 Just when we least expected it, Technics went and killed off the SL-1200. Let us rewind back to 2010, when the recession was biting and only certain types of hi-fi were really doing anything at all, sales-wise. CD player sales were falling off a cliff, but vinyl was slowly on the rise. So what did the Japanese consumer electronics giant do? It ceased production of its hugely popular, iconic and legendary turntable!

It was not the company’s smartest of moves. It had good reasons – some dark clouds on the world economic horizon and the fact that some of the machinery used to make the deck’s constituent parts was wearing out. Obviously, the big suits at head office decided it wasn’t worth the expense to renew them. They were wrong, of course, and so – just when we’d finally got around to accepting that we’d never see the SL-1200’s like again – back it comes, like a missing relative long since believed dead…

I for one am thrilled, and all the more so because the company hasn’t simply rehashed the old model. There was absolutely nothing wrong with the old MK5 of course, but the SL-1200G (the GAE shown here is the Limited Edition, of which only 1,200 will be made) moves the game along still further with a new motor. Tetsuya Itani, Technics’ Chief Technical Officer, says it’s even quieter and smoother than the old one, with twice as much torque (up from 1.5kg/cm on the SL-1210MK5 to 3.3kg/cm). It gets a new speed control system too, now done in software (complete with USB firmware upgrade port).

The old motor turned in a measured speed stability of 0.25% WRMS, whereas the new one is 0.01%. There’s a school of thought that says you can’t hear anything below 0.04%, but I’m not so sure – still, the old figure was better than practically anything around, so the new number is all the more impressive. Itani claims to have eliminated cogging, which is the jerky delivery of power that’s endemic to direct drive motors. In truth, they do suffer from it but in the better ones (as in the SL-1200MK5), it’s virtually inaudible. The newly developed twin-rotor motor lacks the iron core of its predecessors and works together with optical rotary positioning sensors, to vary the amount of torque.

The deck also gets a new 3.6kg platter (nearly twice as heavy as before) with a brass disc inset to what’s otherwise the old assembly – giving more natural resonance damping and an improved flywheel effect. Much tweaking on my part over the years has found that this is about right; if the platter gets considerably heavier then the sound begins to suffer. It’s damped underneath and balanced too, and three screws now lock it to the motor assembly. The turntable retains the same dimensions as before (453x170x372mm), and feels every bit of its 18kg weight.

The GAE version adds a slice of swishly brushed aluminium on top of the main aluminium diecasting which adds mass and makes it look a little blingy, if the truth be told. The new deck also acquires a re-engineered but almost visually identical tonearm with a beautiful magnesium tube (the stock SL-1200G uses aluminium), said to have been cold-drawn to improve the characteristics. It retains the gimbal construction, and high precision bearings have been fitted with an OFC copper armlead. There’s a choice of ±8% and ±16% from the single pitch slider control.

After a six-year break, it’s great that the deck is back in production, engineered better than ever. The SL-1200 first appeared in 1972, so it’s is the most long lived turntable yet made. The £2,799 retail price will put many off the SL-1200GAE, but we hope and expect the stock SL-1200G to be a good deal cheaper; the UK price isn’t as yet confirmed. Welcome back Technics, all is forgiven!