Revealed: The Greatest Speaker of the Nineteen Seventies 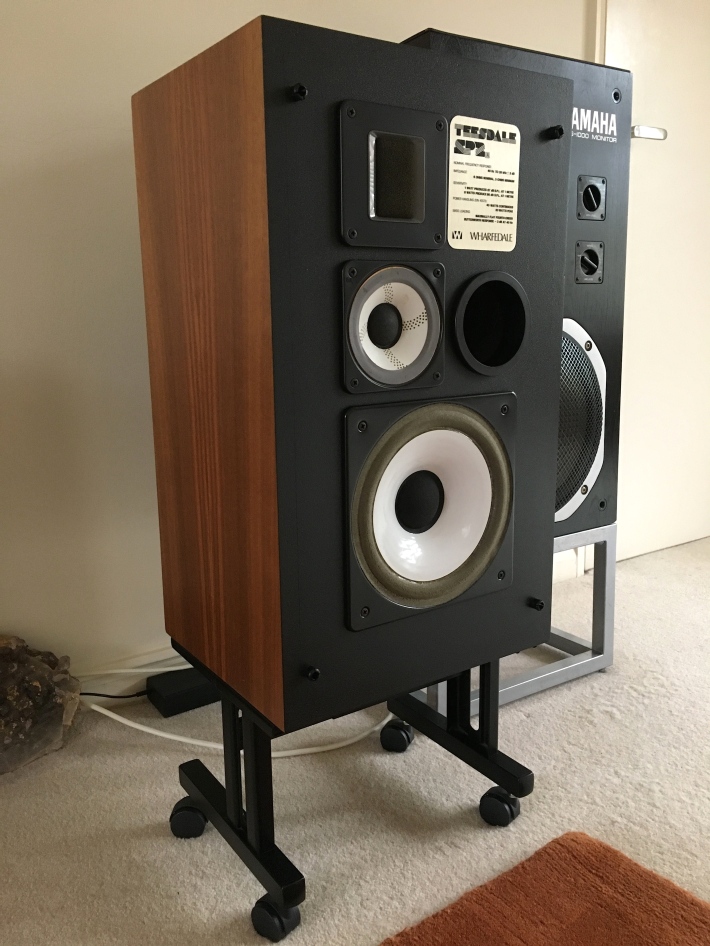 In 1977, in a small office inside Wharfedale’s new production facility in Highfield Road, Bradford, a group of four young design engineers decided to do something very special to commemorate the company’s forty-fifth anniversary. The iconic Yorkshire loudspeaker marque was at the height of its powers, selling tens of thousands of boxes every month, yet there were no official plans to celebrate the special occasion. The men – who shall remain nameless – took it upon themselves to do a unique ‘skunkworks’ project that not even management knew about…

They built one of the great loudspeakers of the decade, yet almost no one knows about it today. The covert project remained secret and only a few pairs seeped out onto the speaker market. No magazine reviews were done, and no interviews given. The fickle hi-fi press was too preoccupied with the wealth of other new products coming out, to bother with the industry rumours circulating. The fact that these special speakers looked virtually identical to those on which they were based didn’t help – they were practically indistinguishable aside from a small ‘A’ suffix on the front baffle nameplate, and the fact that the factory trolley stands were, bizarrely, fitted back-to-front. Only the sound quality marked them out – a sound that’s so remarkable that even now there are designs costing tens of thousands of pounds that don’t come close.

As part of the Rank Organisation, Wharfedale engineers had access to high technology measuring equipment. Laser interferometry was in its infancy back then, but the company was well ahead of the curve. It produced midrange drivers that ended up in the Wharfedale’s XP and SP2 series models, sporting paper cones perforated in a special way to reduce resonance. This was the first part of the jigsaw puzzle; ‘the Skunkdale’ as it came to be called in-house, used the 112mm driver featured in Linton XP, Glendale XP, Teesdale SP2 and Dovedale SP2 models, but modified with nano-thin diamond deposition onto the back of the paper. It produced a harder structure but with less breakup and faster transient response. Alnico magnets replaced the ‘pound shop’ originals and the surround was beefed up.

Next, the engineers went off to find the best bass driver in the company parts bin. They chose the 200m polymer unit fitted to the Teesdale SP2, which was particularly low in resonance, yet small enough to be light and agile. Again the magnet was substituted for a better one, and the chassis coated in titanium nitride to add great stiffness to an already decent steel pressing – a technique SME later borrowed for its Series III pickup arm tube. Like diamond deposition, this was an extremely expensive process, but the object was to push the limits of the company’s existing driver technology to the ragged edge.

The Isodynamic tweeter fitted to the SP2 series was already a real honey, but serious modifications were made – a massively expensive beryllium coated gold foil diaphragm was fitted, and the chassis was again improved using critical vibration path analysis. Crossover components were replaced with the very best available, and internal wiring was changed to double-gauge pure silver with air dielectric. The large cabinets were specially internally braced with magnesium struts for stiffness without adding much weight, and Yorkshire lambswool replaced the standard synthetic fibre internal damping.

The ‘Skunkdale’ got its final designation – the Teesdale SP2A – just minutes before the design team started handbuilding them. This was done during the Christmas holiday period of 1977 and 1978, behind management’s back. The engineers reputedly made a pair for themselves, plus another batch of at least eight for friends and family. No Teesdale SP2As got out to the press, although a couple ended up for sale in Exchange and Mart as new unsold dem stock, for the normal retail price of £167.24 plus VAT (£1,095 in today’s money). The sellers were sworn to secrecy, so could not reveal that the cost to build them was approximately seven times higher; they would have retailed for far in excess of ten times this amount with standard margins factored in.

It is rumoured that just a few pairs of Teesdale SP2As still exist; this pair was bought from the son of a former Wharfedale employee on eBay for the princely sum of £135. Compared to the high end speakers of their day such as the Yamaha NS-1000M, Spendor BC1 and Linn Isobarik, they’re true giant killers – offering a superbly fast and pacey delivery, with oodles of detail, a glass-clear midrange and one of the tightest basslines you’ll hear from a ported loudspeaker. Pull them apart and look inside and you’ll see those special drive units, as well as the unique laser-etched skunkworks code – ‘0104’ – that every SP2A sports on its bass driver chassis. Several decades later, the brand’s chief designer Peter Comeau summarily denied the story. “What a load of drivel, you idiot”, he told me. Well he would say that, wouldn’t he? 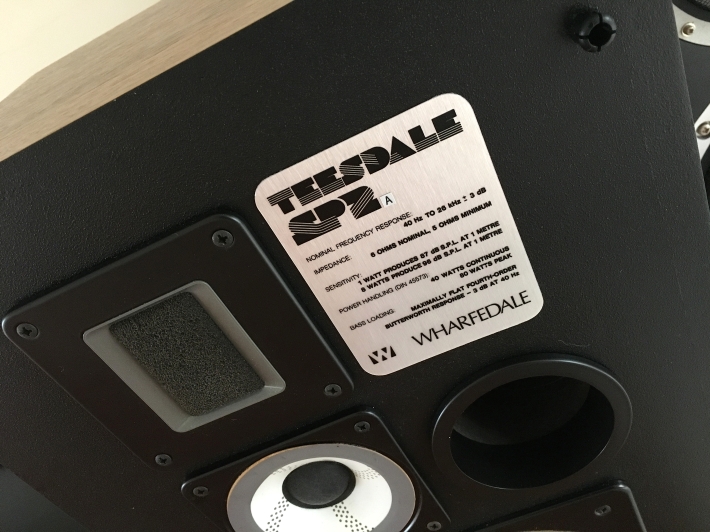