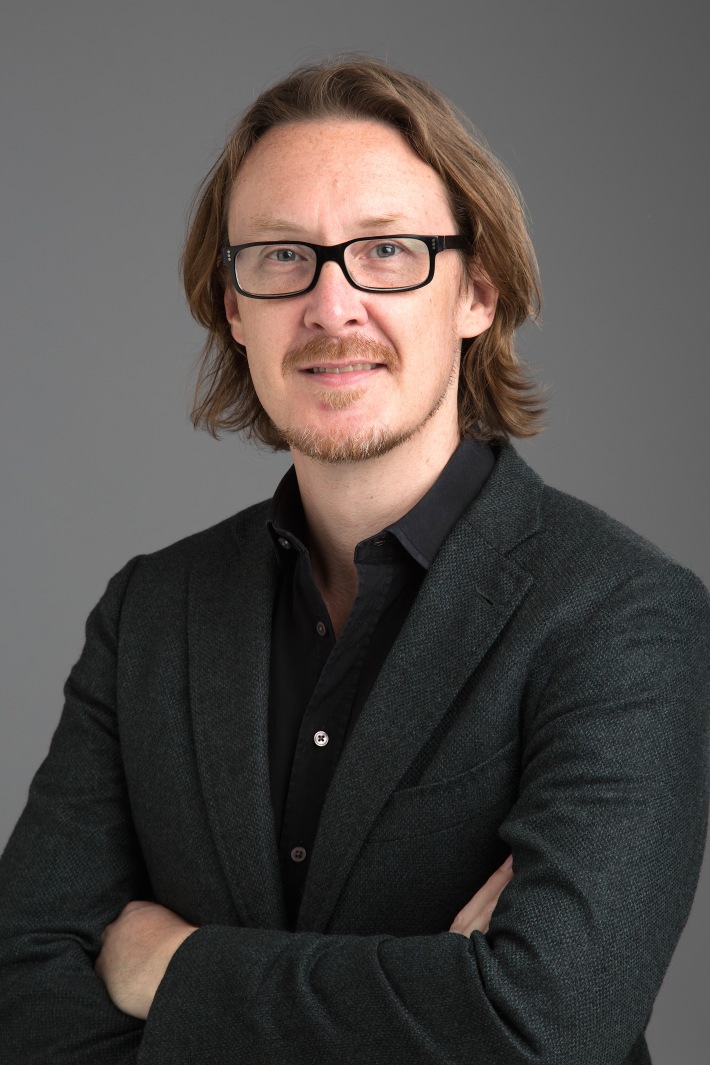 The problem for Roon founder Enno Vandermeer is that his product needs a whole lot of explanation before people can take a view about whether they want it. “We created an experience that people were missing. The only trouble is, they didn’t know it!”, he says. “Evangelising a new product category is a challenge and it turns out we’ve done exactly the same thing with Roon. We do have to spend half an hour explaining why we’re even having this conversation. It is frustrating but we like to think in the end it is gratifying…”

Enno is what many people’s idea of a Californian tech entrepreneur looks like. He’s kind of hippy, very laid back and highly affable. Yet all this is effortlessly combined with a laser-like focus on the market he’s chasing and a huge knowledge of the subject. Born in Holland, he grew up in New York – although his accent is more Dutch than Big Apple – and got into software development. “In parallel though, I had an indie record label and a recording studio, so since childhood I’ve had one foot in the technology world and one foot in music”, he tells me. “So when I sold my first software company in the late nineties I found myself looking for something to do. I had a massive CD collection and a stereo system with a single-tray CD player. My music collection took up a whole wall but still seemed impossible to listen to. I had a stack of discs in rotation and the rest didn’t get heard. I thought, this is a really poor use of this investment!”

With his business partner he began working on the first version of Sooloos. This was the logical answer to his problem – he wanted an easy to use, attractive music player that could store all his CDs on a hard drive. “So when we finally launched in 2004, I had people come to my place for dinner and they were transfixed by how it worked. There was clearly something to this. We created an experience that people are missing. We really started going forward in 2006, but Sooloos was a giant pile of hardware that cost a lot to build.”

Enno didn’t like the hardware side; it was a means to an end but his real passion was music and software. “Sooloos was created to get people involved with playing music, because it was presented in a vibrant, intuitive way. I think culturally so much of the hi-fi world is sitting in a dark room. It is an experience that tends to isolate rather than promote any kind of social behaviour. Music is a big part of my social life, so I have been trying to make it more accessible so that all features for the supreme music nerd or audiophile are there but the product is also approachable for anyone.”

In 2004, he decided to sell it to Meridian, leaving him to focus on reinventing the idea for emerging digital platforms. His team then developed a music app for Hewlett Packard. “That was a huge change, because this was not an enthusiast product by any means”, he explains. “It was an everyman’s music player, as simple as possible, and being shipped on twenty million PCs a year! It taught us a lot about how to deploy software at real scale. We thought the way to succeed at this is to make software that works with every piece of hardware, and duly decided to go it alone…”

“And that,” he says, “was the beginning of Roon in 2015. Up until now it has been PC or Mac-based for computer audiophiles, but this was us establishing our beachhead – our ambition now is to get it into the larger hi-fi market and beyond. There are what I call ‘three pillars’. First is obviously the music, so Roon is able to stand in for anything like iTunes or Foobar, but rather than just indexing your files and playing them back, or letting you play streamed content, Roon analyses all your content, identifies it and then adds a wealth of additional information to make browsing it more interesting and more engaging. For example, if you have a hard drive full of music files, Roon identifies them all and pulls in additional album art and artist photos, biographies, reviews and credits. So, we’re able to reconstruct something that looks like the liner notes from the original album. It can pull lyrics and tour dates if any of the artists in your music collection are playing live.”

Roon is not just a music player then, it’s an immersive experience designed to enhance the music you have and give you relevant information related to it. Enno says that being able to learn more about the music creates a “stickier” relationship with it. “We’re not just trying to do a throwback to the vinyl LP sleeve – in the digital era we’re able to do more. Our metadata is alive, so if there is a line-up change in a band whose album you have, that is reflected in the artist page as it happens. If you look at the streaming apps, none really support the notion of browsing. If you are a music fan, then you know why it’s so important. Going to an old record shop was a cultural phenomenon. It was a community and the people working there were very knowledgeable. You’d rely on them for their insight, and that’s partly what we are trying to provide – an expert helping hand.”

Anyone who has ever used a Sooloos will understand this – it’s a dramatically different way of enjoying computer-based music than iTunes. “We ingest the entire metadata catalogue every day and so we compute all that data for everything that is available on Tidal as well. Let’s say I have a CD rip of a high resolution download of Kind of Blue by Miles Davis. I can see that Bill Evans is featured as an additional composer and can click to see everything that Bill Evans has ever played on or composed, in my collection. And then I can also see everything that is available on Tidal with which he was ever involved.”

That’s one of the most interesting features of the platform, because it gives a new dimension to streaming. “We approach by saying we know you like these fifty things, but we can show you a hundred more, or a thousand more that are closely related to what you already know and love. That’s a far more appealing way to engage with streaming than just getting a list of whatever is being promoted this week. And by linking to all the content available on Tidal we do something unique – the more music you have available to you, the more you need to make sense of it!”

The second pillar is that Roon is a network platform, says Enno, rather than just a player. It supports a number of widely used streaming protocols for streaming within the home. He explains that, “the idea is that Roon must to be compatible within as many devices as possible in the home. We want to make all the sound come out of all the stuff you have in your home. Our goal is to interoperate with every piece of audio hardware that we possibly can. That is not to say that Roon works with absolutely everything just yet.
Thirdly, Roon is a community of audio brands. “These are our partners,” he says, “and our strategy has very much been, let’s work with the brands whose hardware, people want to use or already have. So, what we try to do, starting with high-end brands like dCS, is to bring people into the tent. We’ve got seventy or so brands signed on to the programme.” There are two types of partner –  ‘Roon Ready’ and ‘Roon Tested’. The latter is for devices that are directly connected to a PC, whereas the former are devices that actually implement Roon’s own streaming protocol so it can stream to them over the network.

Roon’s business model is for customers to buy a subscription, and then download its app and/or PC or Mac software. This done, Roon is on all your devices, and then as soon as you kick off it goes off looking for all the music on your network – whether it’s on your computer hard drive, NAS drive or streaming package. It allows streaming up to 384kHz, 32-bit in PCM and also DSD streaming. Then you’re ready to go; you can play out your music on your computer or better still, a Roon Ready device with Roon’s own streaming protocol built in. “The thing about our protocol, which differs from things like UPnP and AirPlay,” says Enno, “is that it configures automatically, there is really no work to do. Network audio is scary to many people, but we want to take a lot of the pain out. If you plug in – for example – a dCS Rossini on your network and are running Roon on your Mac or PC, it appears there and you just select it, give it a name and stream to it.”

Roon Ready devices gives two-way serial control. “So for example,” says Enno, “if you have a device that is capable of adjusting its own volume, when you adjust the volume within Roon, we are not attenuating any signal, we are actually sending that volume command down to the Roon Ready device and saying turn your volume up and down. So, where possible, we’re doing a volume control in the analogue domain on the device, where is should be done. More features are coming, such as phase or internal DSP settings. That means you’ll be able to adjust them from within Roon so you don’t have to launch a second app or do any complicated configuration. The goal is that our customer can have confidence that Roon will work with the hardware they have in so far as that is possible.”

Roon is now coming back into the hardware market with something that one might call, “Sonos for grownups”. “A little over a year and a half ago,” Enno says, “we were approached by Intel who said, we are working companies who have interesting software technologies and want to imbed them in hardware devices. So, we collaborated on this product – that we are about to start shipping in the next few weeks – called Nucleus. It is exactly that, it is a piece of Intel hardware in a fanless case very nicely designed with all the Roon software baked into it. What Roon is becoming now, in terms of how the hi-fi market will engage with it, is a box. You take this appliance, you plug in your hard drive full of stuff or leave it on you NAS drive or whatever, and you control it with your phone or tablet. You can use your PC or Mac too if you like but it is no longer required.
As it stands, the Roon app is like a software version of Sooloos, without the need necessarily to buy new hardware. It’s a great music player and you’ll find it hard to go back once you’ve got it. Now though, the Nucleus effectively becomes a hi-res digital source, controlled by Roon. The idea is to make it accessible to a much larger audience because, as Enno says, “it takes all the technology out of the equation. You plug one cable into your home router and you are done.” Well soon see, but you can’t disagree that it’s an idea that is long overdue. Many have tried and failed, but Enno and his team might just make it stick.